AMICA e.V. is an association where full-time employees and volunteers work closely together. Our volunteer board members guide and support AMICA’s work and are elected every two years. 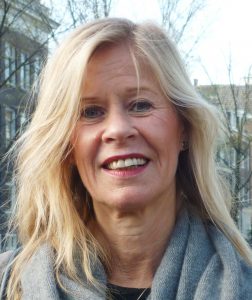 Speech for the Göttingen Peace Prize

Gabriele Michel: “The first public incident that I consciously remember was John F. Kennedy’s assassination. My childhood in the Rhineland was characterized by the authoritarian-paternalistic ‘Adenauer era’ as well as by the world of the ‘economic miracle.’ High school, university, instructor of language and literature, children. After many years at Amnesty International, when my children were setting out on their own lives, I began searching for a new political home and happened upon AMICA through a journalistic assignment. I knew right away—this was it!

What spoke to me then and still does today: The connection between women’s rights and human rights and the concrete political involvement without ideological or party affiliation, with a direct, nuanced approach that is simultaneously feminist and works towards equal participation. I never could have guessed how empowering and motivating the connections are with our partners in countries where we are involved. Their courage and their tireless commitment are contagious. Through this experience, as well as through the exciting work with the team in Freiburg, AMICA’s work—alongside the fight for climate justice and for respectful coexistence with refugees from all cultures—has become a central focus for me. Affirmation and inspiration for a life in which I feel comfortable and find meaning in my involvement in shaping the world, despite my awareness of my many privileges.” 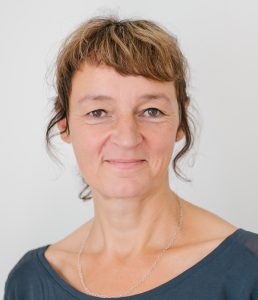 Ruth Meßmer: “I am a passionate Black Forest native who has always been interested in the world, in politics, and in feminism. I was able to pursue these interests through my studies of sociology and geography in Freiburg. I work full-time at the University of Freiburg and am responsible for training and development programs for university employees. Locally rooted, globally connected, politically engaged, and feminist, I have always found AMICA e.V.’s work incredibly exciting.

Exactly 10 years ago, I became a volunteer member of AMICA. After my first meeting, I was already enthused by AMICA’s focus and commitment, and the diversity of its members. From the beginning on, it was fun to advocate for a common cause with so many inspirational and warm-hearted people. Through AMICA, I have made connections with many remarkable women from many different countries. As women, we have some things in common because we are set apart by political and socioeconomic conditions. I have been a member of AMICA’s executive board for several years now. The organization is very close to my heart: I am more than happy to give my time and energy to AMICA, because I know that everyone who is involved with AMICA will give back to me many times over.” 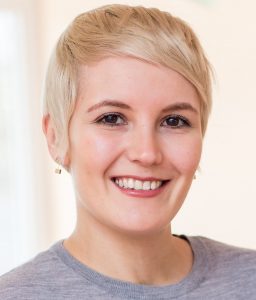 Leona Cordi: “I am here to stay! An internship in my academic field of cultural and social sciences first led me to AMICA in 2012. After a year of work as a project assistant, followed by brief stints in Karlsruhe and Lucerne, I have been on the board since 2017 alongside my position as an academic employee and mother of two daughters. Even eight years after my first encounter with AMICA, the courage and drive of our project partners, as well as the fight in solidarity for women’s autonomy, continue to draw me to AMICA and especially to our partners.” 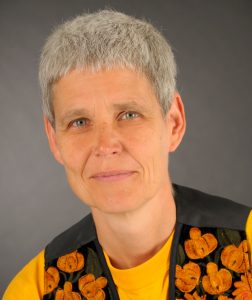 AMICA and the Women’s Association

Ute Morgenroth as been with AMICA for as long as AMICA has existed. In 1992, news of the war crimes in former Yugoslavia became accessible to the public. At that time, Ute belonged to the “Women in Black:” every Saturday evening, she protested with other women in the streets of Flensburg against the mass sexual war crimes in Bosnia.

Through a newspaper article, the Flensburg native learned of an initiative in Freiburg: many members of the Freiburg-based sociocultural center “Fabrik” had decided that they would not stand idly by as yet another geopolitical war destroyed human lives. They collected relief goods, clothing, food, and medical supplies, rented a truck, and set out on the dangerous journey to Tuzla, a city in the heart of the war zone.

Ute Morgenroth and the other “Women in Black” didn’t have to think for long: they immediately began to prepare care packages and backpacks with toiletries for women that would be transported form Freiburg to Tuzla. Thus, a close connection between Flensburg and Freiburg was established, one that still exists today. Bound by solidarity and friendship, AMICA and the Women’s Associations of the Northern Protestant Church meet regularly and coordinate initiatives together.

Who works at AMICA? 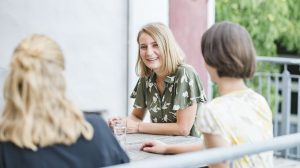 Our team is currently comprised of eight full-time employees. Based in Freiburg, we lead projects in the countries where we are involved and carry out public relations, fundraising, and management. 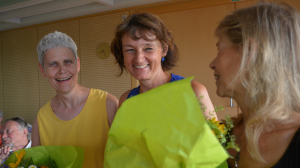 AMICA’s long-standing service in regions affected by war and crisis is regularly recognized. In 2020, we were awarded the Göttingen Peace Prize and the Million Chances Award from Schwarzkopf.

How can you help? 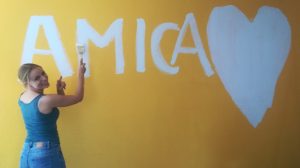 You’d like to support our work? There are many ways to show your solidarity! All it takes is the initiative of thousands of everyday heroes to transform societies. From volunteering to occasional donations, every action counts.